Does the French Bulldog have a lot of issues? Your questions answered 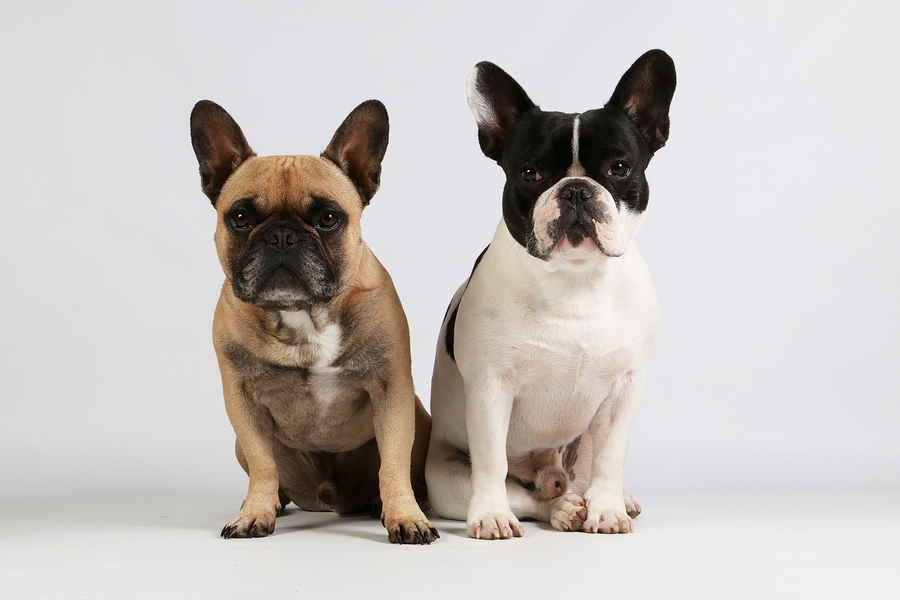 Affectionate, funny and full of life are just a few of the words used to describe a French Bulldog.

Although they are adored by many, the breed may not be right for everyone due to a list of issues they experience.

But before we discuss that, let’s take a look at the French Bulldogs’ history.

The Evolution of the Frenchie

Bulldogs are cute, but the English variety can be quite large, so in the 19th century, breeders started to breed bulldogs with smaller dogs in an attempt to create a miniature version of the English Bulldog.

However, after the Industrial Revolution, people flocked to France taking their bulldogs with them. The popularity of the breed quickly spread and they became a favorite among Parisians. In 1898, the French Bulldog was recognized by the American Kennel Club and now, the rest is history.

A day doesn’t go by where you don’t see someone with a Frenchie or at the very least, an Instagram post of these lovable pups. But as mentioned earlier, French Bulldogs may not be for everyone, so let’s take a look at the most common French Bulldog issues.

Let’s face it; even though French Bulldogs are tiny bundles of joy, they can cause quite a bit of trouble. Sadly, French Bulldogs come with a variety of health issues that can be rather detrimental to their livelihood. And we’re not talking about them getting the common cold.

Below are a few common health problems that can occur with the French Bulldog:

There’s no mistaking the fact that any dog can have anxiety if left by itself too much. However, French Bulldogs more so than many breeds of dog, have a tendency to become clingy with their owner, which can result in separation anxiety. If a Frenchie has separation anxiety, they’re going to do everything they can to find you.

A few symptoms of anxiety may include:

If your bulldog has separation anxiety early on, it’s best to tackle it as soon as it starts. There are various methods you can do to prevent it from happening, so be sure to chat with your vet if you have concerns.

Separation anxiety can be triggered if a Frenchie has been taken to an animal shelter, another family or just straight up abandoned.

I’m sure you are scratching your head trying to understand why these sweet little pooches are being kicked to the curb. The answer is a heartbreaking one; the owners don’t want the responsibility of taking care of the medical costs, which can be hefty. While it’s true that bulldogs require more attention and medical care than other breeds, that’s still no excuse to abandon them.

Abandonment is why many adopted bulldogs have anxiety issues when they are brought home.

Training a French Bulldog isn’t a hard thing to do, however, you’re going to have to be patient as they are very stubborn dogs.

If you’re a person that likes to be neat and tidy all the time, then a French Bulldog is not for you. They have a tendency to drool, shed and pass a lot of gas. So only get a French Bulldog if you feel you’re up to the challenge.

For example, you should start potty training your bulldog as soon as you bring them home so that no bad habits are created. You also want to establish strict rules for what is allowed and what isn’t allowed, so that your pup can learn as quickly as possible. You will need to be stern and consistent to make this work.

As with any dog, French Bulldogs can put on unwanted weight which can affect their health. Male and female bulldogs are prone to getting into bad habits, like having a bad diet, and become overweight.

The ideal weight of a male French Bulldog is 20-28 pounds and a female French Bulldog should weigh about 18 to 26 pounds. If they are over their recommended weight, it may lead to health issues down the road like obesity and the aforementioned heart disease.

Deciding to get a dog is one of the most rewarding experiences you will ever have. And if you determine that a French Bulldog fits perfectly into your lifestyle, you won’t be disappointed.

Frenchies are amazing creatures that, like you, deserve unconditional love. But just like any pet, they have their fair share of issues. So, be aware and get prepared.