How to Care For French Bulldog Paws (2022 Update) 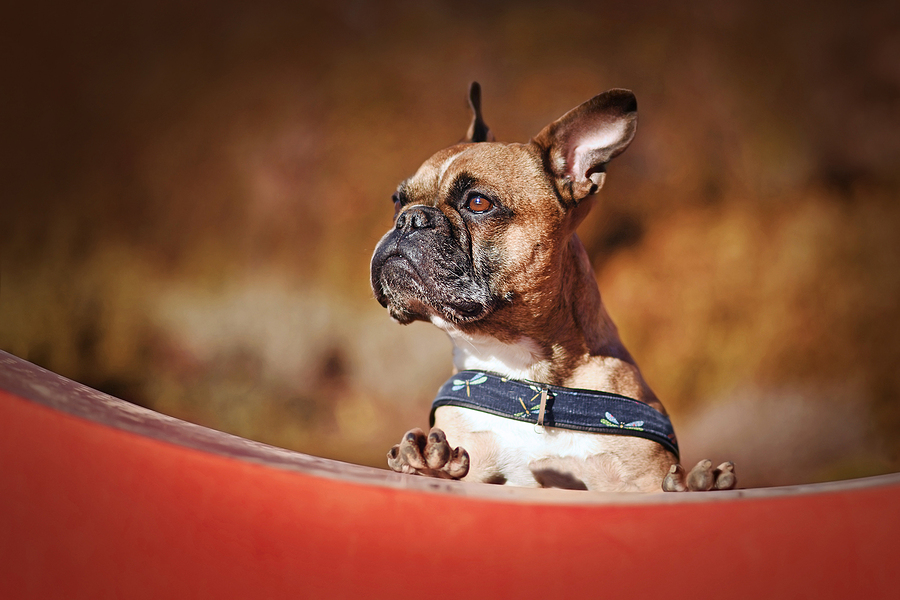 They’re best known for their big ears and stout little chests, but there’s another place on your French Bulldog that you should be paying attention to – their paws.

Healthy paws require a certain amount of care and commitment from dog owners. Additionally, if you’ve noticed any redness, soreness, or inflammation around the toes or nails, your pup might require medical treatment. It could be a sign of things like pododermatitis.

Are you ready to learn about French Bulldog paws? Let’s take a look at this adorable breed and their paw care needs.

How big are French Bulldog paws?

The size of your Frenchie’s paws will depend on their size overall. Since adults can reach anywhere from 11 – 13 inches tall and 16 – 28 pounds, there can be a corresponding variation in their paw size, too.

Some people say that you can predict the size of a puppy by the size of its paws, but that has never been scientifically proven.

A fun fact about French Bulldogs is that they have webbed feet! It’s less pronounced than in other breeds, but if you spread apart those cute little toes, you’ll see the thin layer of membrane that connects them.

Do French Bulldogs have sensitive paws?

French Bulldog paws are extremely sensitive and can often get irritated in extreme weather conditions. For example, if you take your Frenchie on a walk on a warm day, the pavement can burn or blister its paws. You may see your Frenchie lift their leg and stop walking or lick and chew the paw later that day. These are all signs of sensitivity.

French Bulldog allergies are also very common, which can cause paw swelling, redness, and general irritation.

Why does my French Bulldog keep licking its paws?

Licking is a completely normal behavior in dogs. It’s a form of grooming, and it’s most common after spending time outside when the paws can attract dirt, sand, mud, and other irritants.

The problem is when your dog starts licking too much. Excessive licking can cause dry, cracked, or swollen skin, and it can also be a sign of underlying issues that are affecting your Frenchie’s health.

Here are just a few reasons why your Frenchie might be licking their paws all day:

Why are my French Bulldog’s paws red?

If you notice redness on your French Bulldog’s paws, the simplest explanation is irritation. It isn’t necessarily a cause for concern, especially if they spend a lot of time outdoors.

Another possibility is pododermatitis. It’s a common condition in dogs that results in inflammation around the paws and sometimes nails. It isn’t serious, but it isn’t pleasant, and some pups will lick or bite at the affected areas over and over to alleviate their discomfort.

Common symptoms of pododermatitis include:

Behavioral symptoms can include limping, whining, excessive licking, and not wanting to play or go outside where they’ll be expected to put weight on their paws.

The causes of pododermatitis can vary. It can come from things like ringworms, parasites or autoimmune diseases, but it can also be the result of simple allergies. If your dog is overweight, that can also be a cause; they’ll be carrying around more weight and receiving more friction on rough terrain, and more humidity will be trapped between the folds of their toes.

If you think that your Frenchie may have pododermatitis, take them to the vet. Since you can’t be sure whether the cause is serious or benign, it’s best not to take chances.

How can I soothe my French Bulldog’s paws?

Red paws are usually an easy fix. Unless your dog has an underlying health condition, it’s probably just the result of scampering around or spending lots of time outside on rough grass and pavement.

The first thing to do is to figure out where your dog is walking on rough terrain. If it’s winter, for example, they might be coming into contact with salted sidewalks. If it’s summer, they might be running around a pool deck that needs sanding. You can limit their exposure to these environments or just make sure to thoroughly wipe their paws afterwards.

The next step is investing in a good paw cream. Something like Happiest Dog or Vets Preferred Paw Balm can be applied to your dog’s feet just like lotion on a human. In addition to soothing their dry, cracked skin, a good paw cream will also provide a barrier to further damage.

Last but not least, try to discourage your dog from licking their paws, especially if you’ve already started treatment with medications or creams. Here are a few ideas:

If your Frenchie has been licking for a long time, you might need a doggie behavioral therapist to train them out of the compulsion.

In most cases, a dog licking its paws isn’t anything to worry about. It’s a common, natural behavior, and even if they’ve started licking too much, you can usually figure out causes and solutions without much trouble. A regular maintenance routine can also dramatically improve the health and appearance of French Bulldog paws.

You should take them to the vet, of course, if you suspect anything more serious. Otherwise, just invest some TLC in your Frenchie’s feet, and you should start to see results!