French Bulldog Barking: How Much Do These Dogs Bark? (2020 Update) 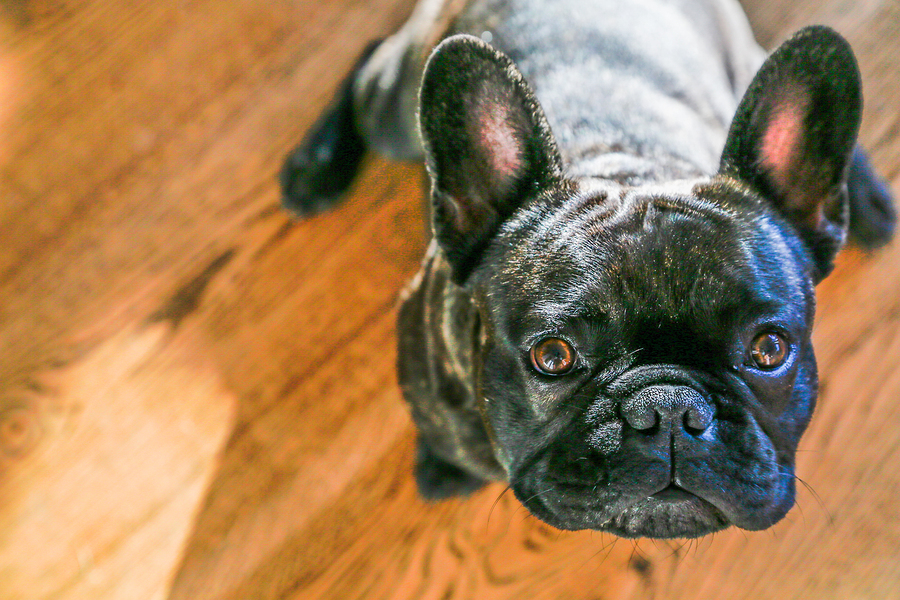 One of the things that most people want to know before they choose a breed, is how noisy that breed of dog tends to be.

This is especially relevant when choosing a small dog breed because they often live in apartments and other types of small housing.

So what about Frenchies…

Are French Bulldog barking problems common? What can cause them and how can you handle these behavioral issues?

How much do French Bulldogs bark?

Why do French Bulldogs bark?

Why do Frenchies bark weird?

How do I get my French Bulldog to stop barking?

The short answer is: yes. All dogs naturally bark and dogs have been selectively bred for certain functions such as alerting to strangers near the house, as well.

How much do French Bulldogs bark?

This depends on the dog. However, as a breed, Frenchies are less barky than many other small breeds. Not all Frenchies that don’t bark are quiet, though – they are renowned for their ability to make all sorts of funny noises, such as snuffles, growly ‘talking’, excited yelping, and more.

The Frenchie bark is not typically described as ‘yapping.’ They do have a higher-pitched tone than a full-size bulldog, but they tend to have a much deeper, gruffer voice than many small breed dogs.

In one survey, 85 percent of people said that their French Bulldogs did not bark a lot. Of course, what you consider ‘a lot’ may be different than what the next person does.

Why do French Bulldogs bark?

The majority of people surveyed said that their Frenchies barked at people coming to their door, and at people or animals that could be seen outside through windows or fences. These are both very natural canine instincts.

Dogs bark to alert the rest of the pack that someone is out there. This can be in a friendly, excited way, a frustrated way, or a scared way, depending on the dog.

Barking is also self-rewarding to a lot of dogs – that is, it is fun to do without necessarily any reason. Frenchies are not especially barky dogs, but like all dogs, they may learn to bark in order to relieve stress or boredom.

While most Frenchies are ok to be left alone for short periods, they love the company of their owners and are susceptible to separation anxiety.

On occasion, separation anxiety can result in barking, howling, or destructive behavior. In saying that, most Frenchies are happy to sleep it off and wait for their owners to come home. So excessive barking isn’t an issue.

You may like to get an at-home dog camera to see what your Frenchie is up to while you’re not around. The Furbo is a great option that allows you to talk to your dog and dispense treats using an app on your phone.

Why do Frenchies bark weird?

As I said earlier, the French Bulldog has a higher-pitched bark than some dogs. It wouldn’t be considered a yap, but some Frenchies make a sound almost like a howl is combining with a bark. Most things Frenchies do could be considered ‘weird’ – that’s why we love them!

How do I get my French Bulldog to stop barking?

This depends on the kind of barking that is going on. Most people appreciate that their dogs bark when someone is at the door, or if a stranger is on their property. In these cases, the appropriate response is usually to acknowledge the situation, tell the dog they are good for barking a few times, and then tell them ‘quiet’ or ‘enough’. If they settle down, they get a treat (or another reward). If they don’t, they can get a timeout in a boring room alone for 30 seconds.

Excessive barking caused by boredom, or barking out the window at passing people and animals, requires some management. You may need to invest in a dog walker, spend more time exercising your pup or buy some toys that provide mental stimulation. You might also need to close the blinds sometimes.

To teach your dog to be quiet on cue, choose a time when they are barking a little, but are not so excited that they cannot listen:

Anyone who thinks that their dog should never bark should probably not own a dog. However, most people would like it if their dog didn’t bark too much.

For the majority of people, Frenchies fit into this category. While an individual French Bulldog might occasionally bark a lot, the breed as a whole tends to be on the quieter side. 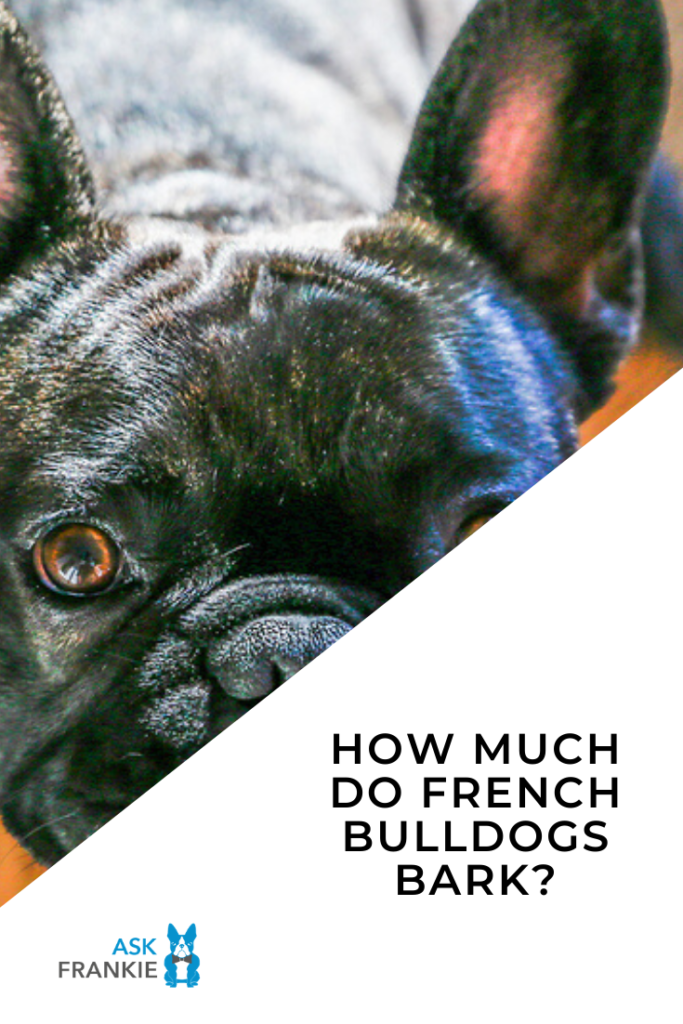 8 Replies to “French Bulldog Barking: How Much Do These Dogs Bark? (2020 Update)”