Are Frenchies Destructive? A Guide to French Bulldog Destructive Behavior 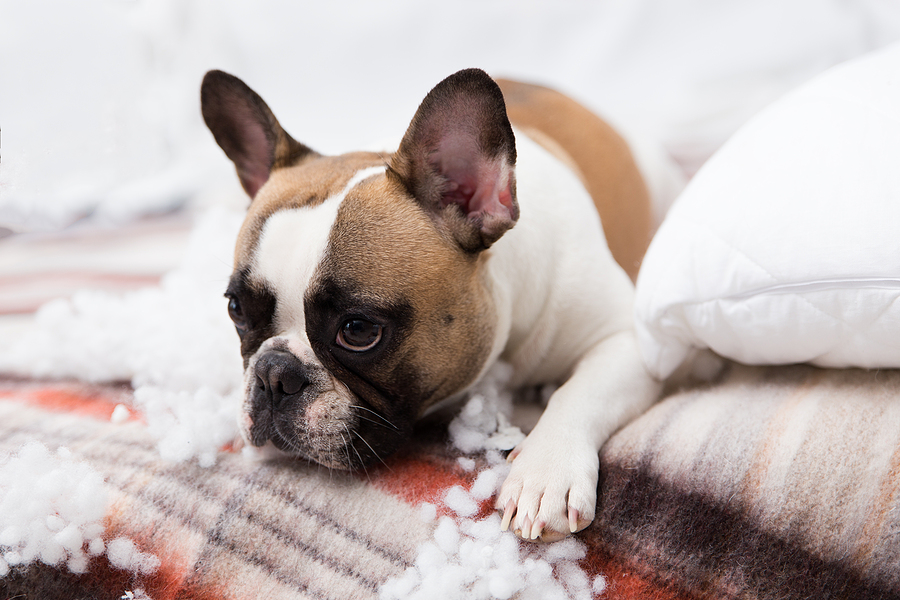 True love is coming home from work and having your French Bulldog leap into your arms with wrinkly, slobbery kisses.

But what if you’ve been having trouble with the separation part? What if you come home and are greeted with a guilty Frenchie surrounded by torn-up toilet paper and the remains of your favorite throw pillow?

The truth is that French Bulldog destructive behavior is a common problem for pet owners, and you’ll need to take active steps to correct it.

French Bulldogs can be pretty destructive. It isn’t their fault, but it’s something to consider before you adopt.

For starters, they can be quite hyper. Many people think of Frenchies as small, lazy sloths, and while that’s not uncommon, it’s far from standard. Frenchies can be just as energetic and enthusiastic as any other dog, especially when they’re young.

Frenchies can also get quite attached to their owners. They’re sometimes known as “Velcro dogs” or “little shadows” because of their tendency to stay underfoot. It makes them prone to separation anxiety and everything that entails when you can’t stay at home with them 24/7.

Why is my French Bulldog so destructive?

There are a few reasons why your lovely little pup might be driving you to madness with their messy habits:

Another potential issue is their bathroom needs. Since they’re so small, their bladders can’t hold as much as larger dogs. If you frequently come home to little puddles, it might not be an emotional issue so much as a physical one.

Can French Bulldogs be left alone?

French Bulldogs shouldn’t be left alone until you’ve trained them to withstand periods of separation. They’ll never love it, but with time, patience and lots of yummy treats for good behavior, they can come to tolerate it.

Do you have a camera at home? Consider hooking it up and letting it run while you’re at work. You might gain some valuable insight into how your Frenchie behaves when you’re not there, and you can see for yourself what their triggers are and how long they last before they start getting disruptive.

Check out my review of the Furbo dog camera here.

How do I stop my French Bulldog’s destructive behavior?

You don’t have to resign yourself to a lifetime of chewed-up socks. You can curb the destructive habits of a Frenchie; you’ll just need to experiment with different tools and training methods until you hit on the right combination for success.

Here are a few tips for training your French Bulldog:

Identify the Source of the Problem

Are they bored? Are they lonely? Were they poorly socialized or badly trained by their previous owners? You won’t be able to fix the problem until you properly diagnose it.

Invest in the Right Toys

French Bulldog destructive behavior can be a difficult thing to overcome, but with the right techniques and a lot of love, you can train your dog out of their bad habits. Good luck! 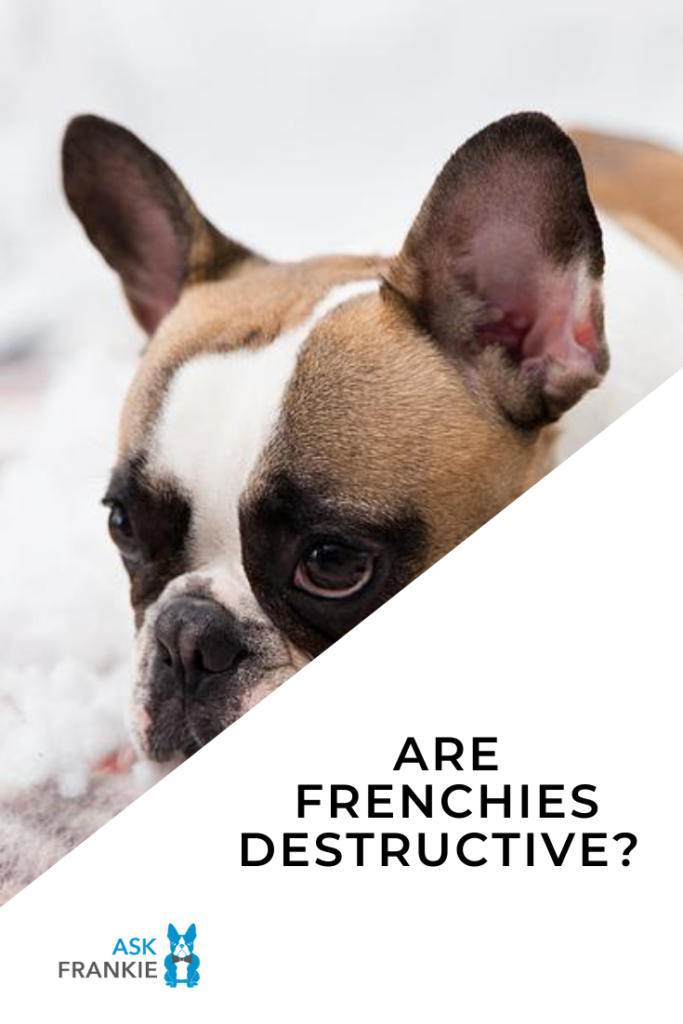