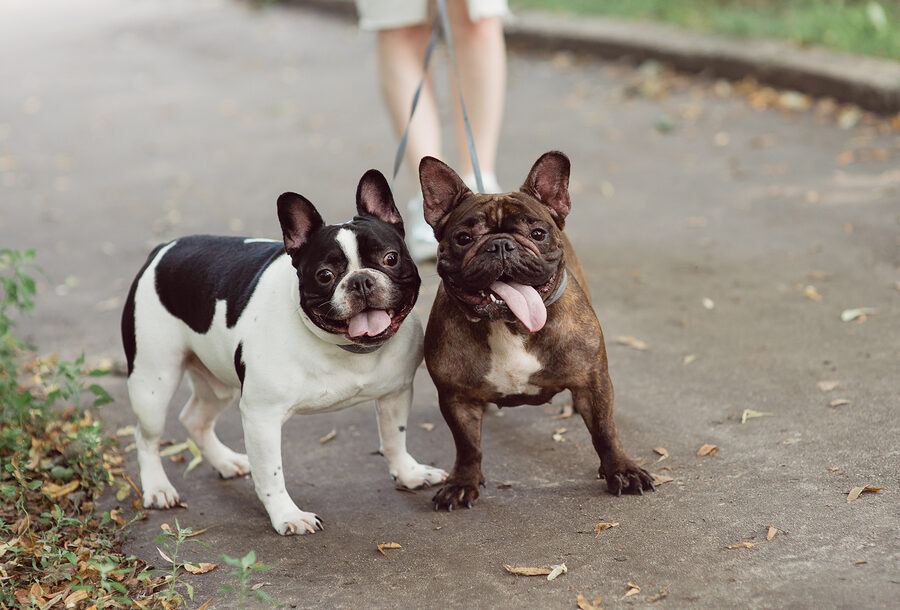 A popular breed among families, the French Bulldog is both adorable and intelligent. But the question remains, can this breed become aggressive?

In order to answer that, we should first look at their character traits.

While some French Bulldogs are quite sweet and gentle, others can display aggressive tendencies, just as with any other dog breed.

However, in general, these dogs love to play and are very affectionate, forming strong bonds with family members. As a result of this bond, they are capable of becoming good watchdogs.

Because of their easy-going nature, they are considered to be an excellent pet for both children and the elderly.

While they may be small in body size, they are quite large in personality. Here are some of the common personality traits that typify this breed.

French Bulldogs are known to be affectionate when compared to other dog breeds. In fact, these little dogs typically love their families unconditionally and live to please them.

They are lively and love to play. Despite their small body, they are quite capable of moving quickly and love to do so. However, they are not overly energetic, which is important to point out, as their little bodies tire easily.

The breed is also known for being alert. While they may be quite aware of what is going on around them, they are also not going to always show it.

In addition, Frenchies are considered to be quite easygoing, not allowing much to annoy them. They are not known for barking at just anything. Along with this, they are quite patient and are typically calmer than most other breeds when they are puppies.

They love to be pet and are very sociable. Subsequently, Frenchies have no problem meeting new people or pets and are quite likely to snuggle right up and ask for a free hand to pet them.

Aggression and the French Bulldog

French Bulldogs are not only considered to be extremely stubborn but also to be an independent thinker. As such, it is important that, as the owner, you keep a careful watch out for any signs of aggression. These signs include things like growling, snapping, or snarling, and are quite common for the breed to display when trying to show they are in control.

From day one, you should make it clear to your dog that you are the boss, commanding their respect by using a firm, strong voice without yelling. Doing so will let your furry friend know that they will not be allowed to get away with any unwanted behaviors.

Here are some examples of behaviors that may be a warning sign for aggression:

Long periods of barking could signal aggression, although there could be other causes for the behavior as well. While it is important to stop the barking, you should understand the underlying cause before you begin. The dog could be trying to assert their dominance, although they could also simply be hungry, tired, thirsty, cold, hot, or any number of fixable reasons.

Fear is a huge factor when it comes to this breed showing aggression. In order to nip this in the bud before it becomes an issue, expose your dog to new and positive experiences, such as meeting new people, going to places with loud noises, and bringing them around small children. All of this will help your dog become better at coping with his fear and allowing them to become a happy, well-adjusted dog.

How to Handle Aggressive Behavior

The CAT (Constructional Aggression Treatment) Method is a great way to condition aggressive behavior so that it does not occur again.

This method involves removing your dog from their comfort zone and forcing them to accept what is causing their adrenaline to rise.

As the opposite of keeping them away from the situation, this method asks the dog to face their fears head-on so that they begin to realize the situation or person is not going to go away, and they can accept it.

Worried your Frenchie is being aggressive? Ask your vet for some tailored advice.