Why Are My French Bulldog’s Ears Down? Reasons and Remedies 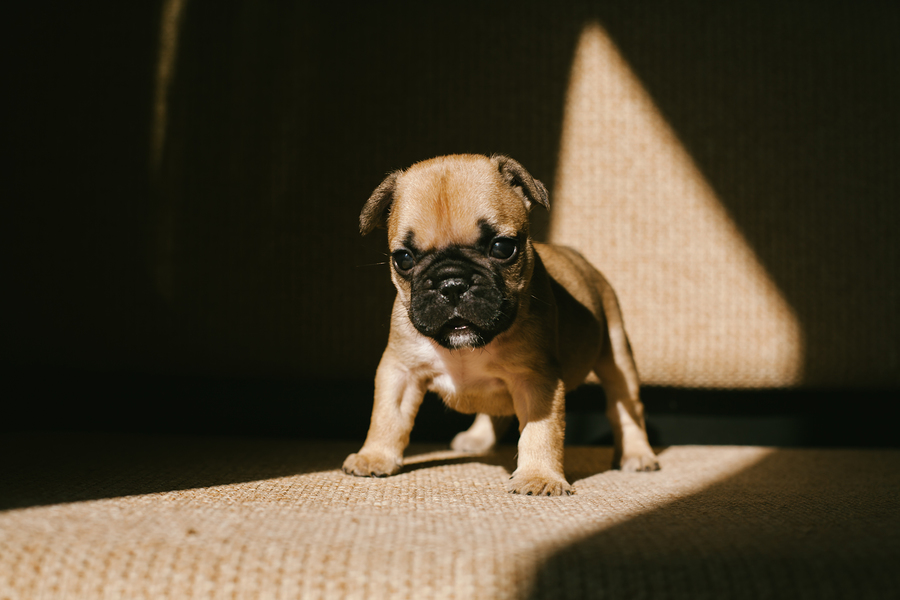 Frenchies win our hearts with their wrinkled little faces and large, bat-like ears.

These antenna ears give off an alert appearance that matches the dog’s smart, curious temperament.

But they’re not always upright, especially when your Frenchie is a newborn.

Why are my French Bulldog’s ears down?

To a French Bulldog, down-turned ears are perfectly natural. Frenchies are born with floppy ears. As the puppies teeth, their little ears begin to perk up. However, there is no precise timetable for this.

Sometimes ears will spring up in a matter of days. But it usually takes closer to ten weeks. On occasion, one ear will pop up before the other, creating an (adorably) lopsided appearance. And sometimes they stick out on either side like bicycle handles.

None of this is cause for concern. Each puppy develops differently, even if they come from the same litter.

First, make sure you give your French Bulldog time to grow at his or her own pace. If you see the puppy’s ears starting to rise by the time he or she is 7 weeks old, let them rise up naturally. It may take months for a Frenchie’s ears to stand fully erect, and that’s fine.

But if your Frenchie’s ears are down at 7 weeks, you can lend a hand. Get some masking tape that is about 1.5 inches wide. Gently wrap one strip of tape around each individual ear and ensure that the ear is flat when you do this.

Then arrange the dog’s ears into the fully upright position. Ideally, they should be pointing at 11 o’clock and 1 o’clock. Use a longer strip of tape to connect the ears and hold them erect. Be sure to wrap the tape around the front and back of your puppy’s ears for optimum support.

Leave the tape on like this for four or five days (and countless hilarious photos). Then carefully remove it by cutting a small slit at the base of the tape and unwrapping it from your dog’s head. You may have to repeat this process several times over the course of a few months to see results.

Some websites suggest feeding your Frenchie calcium supplements to assist their ears in rising during the teething process. But this method is unproven, particularly because ears are made of cartilage, not bone. Also, it could potentially be harmful to your dog’s health. Consult a vet before adding calcium to your French Bulldog’s diet.

If your Frenchie’s ears are down, don’t panic. Your pup has a unique body that will grow and change in time. The most important thing is that you keep your dog’s ears clean and free of infection. That way, whenever they reach full perkiness, those trademark bat ears will be healthy and ready to listen to your commands. (Or at least, to hear them.)