The Year of The Frenchie 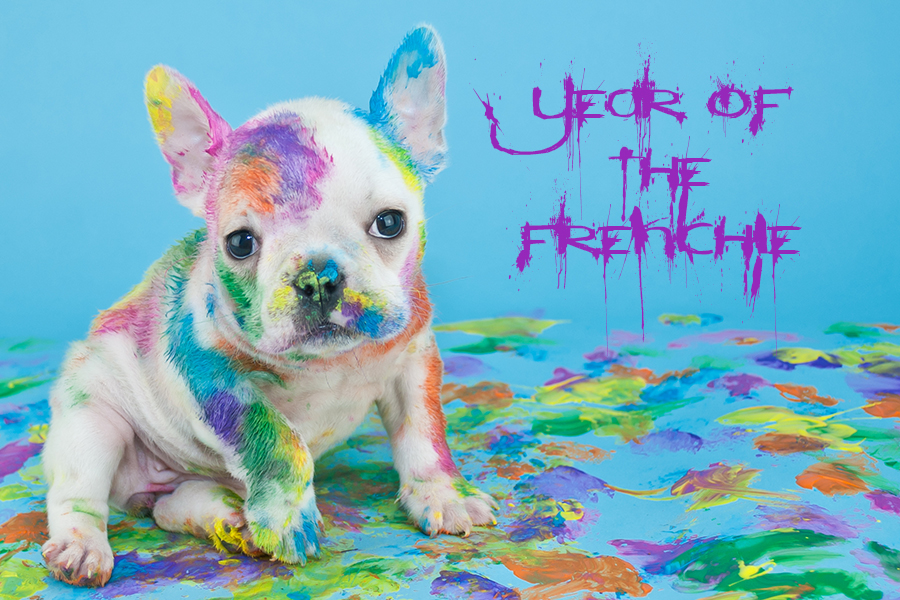 Are you ready for The Year of The Frenchie?

We couldn’t help but get involved!

BONUS: Go to Barrel-dogs.com to learn more about The Year of The Frenchie project and use code AskFrankie10 to take 10% off your purchase!

Who are Barrel Dogs?

Barrel Dogs are a small French Bulldog lifestyle company out of Enumclaw, Washington, in the USA. They launched in 2017, on the fourth birthday of one of their Frenchies, Basil Hayden (@BasilHaydenOnTheRocks). The inspiration for the name “Barrel Dogs” came from Basil being named after a whiskey and their second Frenchie being named after wine, both names are barrel-aged.

From the beginning, Barrel Dogs have been dedicated to giving back. They give 20% of their profits to four charities:

They’ve also supported several other charities through donation drives and donating their products to auctions. The founders, John and Kim Elias, say this is one of the main reasons they launched Barrel Dogs.

Before the launch of Barrel Dogs, every year on Basil’s birthday they would do an Instagram campaign donating money for every use of her birthday hashtag to charity. The few hundred dollars they would donate was great but they felt like they could do more.  “The problem,” Kim said, “is that we could only do so much with our own income.” They needed to create another income stream that could be used as their main source for donating to charities. Thus, Barrel Dogs was born.

What do Barrel Dogs sell?

The product line from Barrel Dogs consists mainly of shirts for people, although they do have some great accessories. Their winter hats are super comfy and they have brought in a French Bulldog whiskey/wine decanter that pours from the tail of the Frenchie!

The designs of the shirts are fresh and contemporary. John says that there were plenty of shirts out there covering the funny French Bulldog market, so they wanted to be a little different. “The idea,” John says, “is to try and have designs that are so good that you would want them even if you don’t own a Frenchie.”

Their biggest seller is the Sunset Frenchie design which was recently used as a label for a wine; The Frenchie Connection. John was wearing the shirt at a wine tasting event where winemaker, Reasons Wine, fell in love with the shirt.

What is The Year of The Frenchie project?

John and Kim’s collaboration with Reasons Wine is how The Year of The Frenchie project was born. They wanted to do something big.

What they came up with is truly special. A collaborative project between not one or two people, but twelve!

The Year of The Frenchie is a monthly release of limited-edition shirts with a design from twelve different artists, one per month. Barrel Dogs purposefully looked for artists that did not draw Frenchies, they went out and found artists whose art inspired them and recruited those artists to create a piece that was of a French Bulldog. “The art is amazing,” says Kim, “It’s going to be really hard to keep it under wraps all year long!!”

You can purchase the whole set up front, in six-month packages, or one at a time each month as they are released. Of course, there are perks for those that purchase the packages instead of the individual shirts. The biggest being the discounted price and free shipping for US customers.

John explained that each shirt would be unveiled the month prior to its release.  For example, the first release will be in January, and even though you can go online and buy the individual shirt now for $29.99, the art will not be released until December 1st.  At that point, you will only have until the 7th of each month to purchase an individual shirt.

“We are only making the number of shirts that are ordered,” John explains as to why they are limiting the time available to purchase. “So, if you want one you have to either sign up to get them monthly or be on the ball at the beginning of each month! These are limited editions after all!”

The timing of this release will most likely make it a great holiday gift idea for that person in your life that has to have anything Frenchie. Imagine, giving a gift that will last an entire year with every month delivering a new unique Frenchie work of art.

It’s the quintessential Christmas gift for the Frenchie obsessed!

2020 will definitely be the Year of the Frenchie for those that sign up for this unique package from Barrel Dogs. We can’t wait to start seeing the art as it is unveiled!

BONUS: Go to Barrel-dogs.com to learn more about this project and use code AskFrankie10 to take 10% off your purchase of the Year of the Frenchie!