What is a French Bulldog Reverse Sneeze? 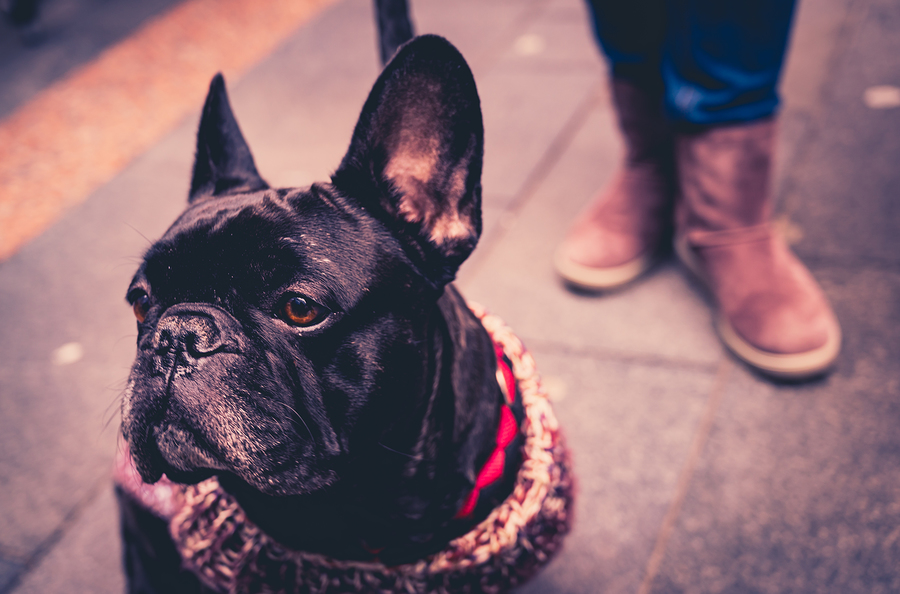 Has your French Bulldog ever froze, made a funny face, then suddenly started to snort and gag?

This may be during a time of excitement or for no reason at all, only to rebound almost instantly and then act as nothing happened.

Well, as you will see, there is normally nothing to worry about, as it was probably just an infamous French Bulldog reverse sneeze!

What is a Reverse Sneeze?

This sudden, repeated, forced inhalation of breath by dogs that is known as a reverse sneeze is simply a way for a dog to remove or relieve irritation in their soft palate area.

If they get a snout full of dust they might sneeze, but if the irritation gets in behind that, they reverse sneeze. It is not a seizure, a sign of respiratory distress, or with rare exceptions, anything to be worried about at all.

All dogs can be prone to reverse sneezing, although Frenchies are particularly susceptible due to their elongated soft palate.

Why is my Frenchie Reverse Sneezing?

There are several reasons any dog might reverse sneeze. An irritant in their soft palate or nose, a sudden change in temperature, anxiety, excitement or exertion are all normal causes of reverse sneezing.

Some dogs do it every time they go outside in the winter, and some do it after playing fetch for a few minutes. It can become a habit, for example, if your Frenchie does it every time you come home from work.

French Bulldogs and other flat-faced dogs, known as brachycephalic, are more inclined to reverse sneeze than other breeds due to the shape of their heads. This makes it harder for them to clear out their passages, especially when combined with an elongated soft palate, as I mentioned previously.

Should I Be Worried?

Absolutely not! While excessive reverse sneezing can indicate that there is something inside their soft palate that they cannot expel and should indicate a trip to the vet, the French Bulldog reverse sneeze is a natural part of their life.

It is simply the method by which they clear out their nasal passages, and is involuntary, like our sneeze or cough. In fact, you should not act worried with your Frenchie when they are reverse sneezing, as your anxiety can make the episode worse.

If you are calm and collected during the event, they will come out of it much faster than if you overreact. There are methods you can use to help them stop quicker, including covering up their nostrils or blowing softly in their face, but usually, the best approach is to simply let them reverse sneeze it out.

Your French Bulldog probably makes lots of funny noises! They can snort and snore, huff and puff, and even reverse sneeze sometimes.

If you are calm during their bout, it should end quickly and not be an issue. So the next time they freeze, stick their neck out, roll their eyes, and start shooting air out uncontrollably, you’ll know it’s perfectly normal, just another French Bulldog reverse sneeze.