What is French Bulldog Cherry Eye and How Do You Treat It? 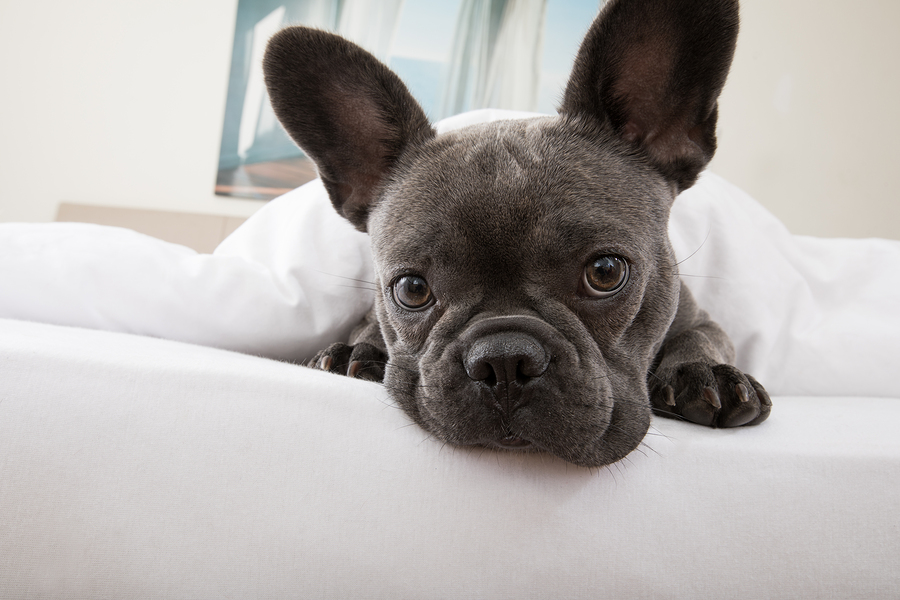 Unfortunately, one day you may notice a mass protruding from your French Bulldog’s eye. It will have the appearance of a cherry and be sticking out of the corner. This is known as cherry eye. What causes this is not well-known but it is usually able to be treated by a veterinarian.

What is French Bulldog Cherry Eye?

What are the Symptoms of Cherry Eye?

The symptoms of cherry eye in your French Bulldog will be obvious. Your dog will be pawing and scratching their eye. It will be red, dry as well as irritated. There will also be swelling around the dog’s eye. They will be squinting, have excessive tear production, abnormally dry eyes and more.

Your French Bulldog’s cherry eye could be large and cover a significant portion of their cornea. It could also be small and only periodically be visible.

Do you need to worry?

Many believe French Bulldog cherry eye is a congenital disorder. It may be passed from one generation to another, but not everyone agrees with this theory. It is common for it to occur with dogs two years old or younger. There is no agreement among dog experts on exactly what causes cherry eye in French Bulldogs, but it is one of the breeds that statistically have a higher chance of developing this condition.

Your French Bulldog’s cherry eye condition can be corrected. It could involve surgical or non-surgical methods as well as a combination of both.

There are effective massage techniques that are able to eliminate the protrusion. When this is successful, the gland of the nictitating membrane will go back into place. However, this massage technique requires constant monitoring by a veterinarian.

One surgical solution involves an attachment procedure. During the procedure, your French Bulldog’s fleshy membrane is attached to the everted tissue and is moved back. It is then placed with stronger tissue in the lower corner of your French Bulldog’s eye. In cases where the cherry eye is chronic, a veterinarian may have no option but to remove the gland. This will only be done if the function of the gland has been significantly diminished or it is no longer working.

Some Frenchie owners have found the topical application of Antimicrobial Ophthalmic Gel can help relieve the symptoms associated with cherry eye, so if you are concerned about taking the surgical route, this may be a good starting point.

In many cases, your French Bulldog’s gland will regain normal function in a few weeks after receiving treatment. However, up to twenty percent of French Bulldogs will have a relapse of their third eyelid gland. This could require them to have additional surgery. When your Frenchie has a prolapse in one eye, they will often have a prolapse in their other eye.

French Bulldogs are born with three eyelids. It’s important for you to understand that cherry eye is a common condition for this breed of dog. In most situations, this condition will happen when your French Bulldog is still young. But don’t worry, it is a very treatable affliction when addressed in its early stages.